Does ML2 support hardware h.264 decoding through the MediaCodec API?

I'm decoding h264 streams from the user's desktop using FFMPEG/libavcodec, which currently does it on the CPU. I see the custom H264 decoding in the docs for ml_media_decoder, but I'm wondering if ML2 supports Android's MediaCodec (which I would be able to access through libavcodec). Or if there's a way I can just swap out avcodec_send_packet & avcodec_receive_frame for something in the ML2 API. 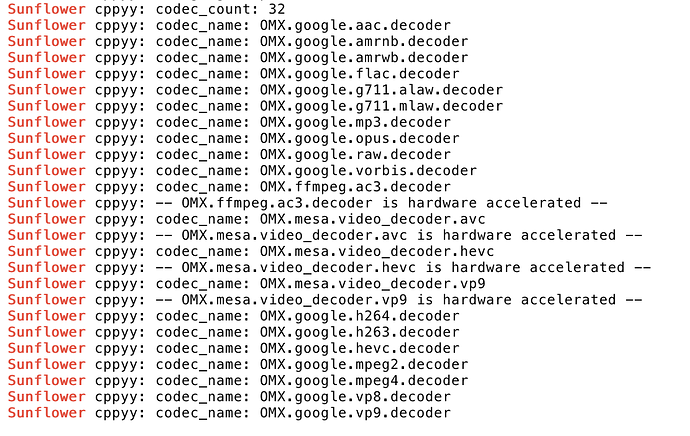 Hi @hollowaya, thank you for your message. Magic Leap 2 does support HW H264 decoding, it is listed above as OMX.mesa.video_decoder.avc and it should be available and functional through standard AOSP interfaces also using the mime type video/avc when creating the decoder. Also, the Magic Leap 2 API can also use it.

When you mean through AOSP interfaces, do you mean the AMediaCodec?
if so, I would appreciate if there were examples on how to use it to decode h264 frames.

From this, any decoding example using the Android NDK should be fine (for example AImageReader is a possible mechanism to handle decoded buffers).