This video shows how to make Magic Leap 2's Unity Canvas follow the head pose and display it in front of you. It is running on ZIFUnity.

The Magic Leap Examples project has a UI element in every scene with a UserInterface object that has a script attached called Place From Camera. That should point you in the right direction

Since PlaceFromCamera is an Example, I don't believe it is Magic Leap API.
Incidentally, the Example Prafab also has a HeadposeCanvas with MLHeadposeCanvasBehavior component. 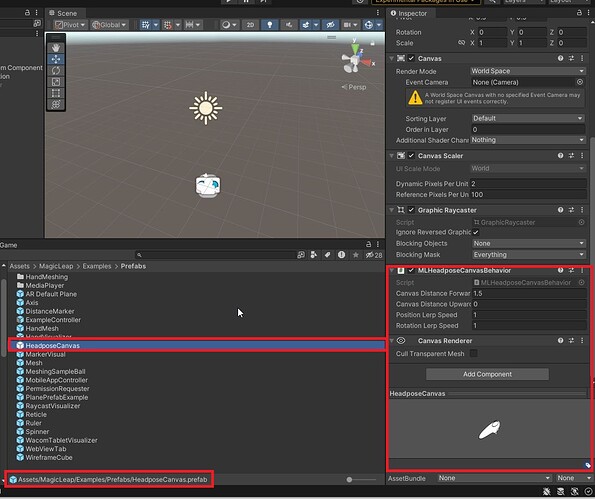